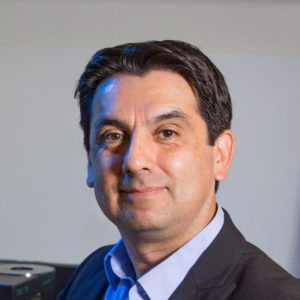 Chromatin configuration in the nucleus or germinal vesicle (GV) of mammalian oocytes undergoes dynamic epigenetic modifications during oocyte growth. A crucial developmental transition at the culmination of oogenesis, large-scale chromatin remodeling in the GV is essential to confer the female gamete with meiotic and developmental potential. Using several models for the experimental manipulation of chromatin structure and function in combination with cell and molecular biology approaches, our current work seeks to determine the cellular pathways and factors that are involved in remodeling chromatin in the mammalian oocyte genome.

G protein-coupled receptors (GPCRs) constitute one of the largest classes of cell surface receptors. GPCR biology has been a subject of widespread interest owing to the functional relevance of these receptors and their potential importance in the development of new drugs. At present, over 30% of all launched drugs target these receptors. GPCRs have been considered for a long time to function as monomeric entities and the idea of GPCR dimerization and oligomerization was initially accepted with disbelief. However, a significant amount of experimental and molecular modeling evidence accumulated during the last several years suggests that the process of GPCRs dimer or oligomer formation is a general phenomenon, in some cases even essential for receptor function. Among the many methods to study GPCR dimerization and oligomerization, modern biophysical techniques such as those based on resonance energy transfer (RET) and particularly bioluminescence resonance energy transfer (BRET) have played a leading role….. Read More