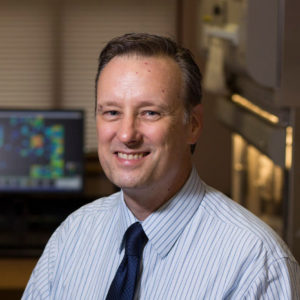 Dr. Steve Stice is a University of Georgia, DW Brooks Distinguished Professor and Director of the Regenerative Bioscience Center, who holds a Georgia Research Alliance Eminent Scholar endowed chair, and is CSO of ArunA Biomedical Inc. He has over 30 years of research and development experience in biotechnology and is a co-founder of several biotech start-ups, including ArunA Biomedical; the first company to commercialize a product derived from human pluripotent stem cells, and cell development used to facilitate approval of Pfizer’s current cognitive enhancing pharmaceuticals.

Prior to joining UGA, Stice was the co-founder and served as both CSO and CEO of Advanced Cell Technology, the first USA Company to advance to human clinical trials using human pluripotent stem cells. Additionally, he co-founded startups; Prolinia and Cytogenesis which later merged with what is now, ViaCyte.

Outside of his academic professorship and business role, Stice co-directs The Regenerative Engineering and Medicine research center, or REM, a joint collaboration between Emory University, Georgia Institute of Technology and UGA, and is also a group leader of EBICS: Emergent Behaviors of Integrated Cellular Systems, a National Science Foundation Science and Technology Center founded by the Massachusetts Institute of Technology. As an invited member, he sits on the Scientific Advisory Board for the Food and Drug Administration (FDA), and is serving on the Governing Committee of the first institute funded by the U.S. Department of Commerce (DOC); National Institute for Innovation in Manufacturing Biopharmaceuticals (NIIMBL), the eleventh institute in the Manufacturing USA government network.

Stice is a world-renown expert in the field of pluripotent stem cell biology. In 2001, he directed work on derivation of three human pluripotent stem cell lines which were approved for federal funding by the NIH and President Bush. One of several noteworthy achievements for Stice, was producing the first cloned rabbit in 1987 and the first cloned transgenic calves in 1998 (George and Charlie). In 1997 his group produced the first genetically modified embryonic stem cell derived pigs and cattle. Notably, the Stice lab was one of only five NIH sponsored sites for training NIH investigators on the propagation, differentiation and use of hESC over a six year period.

Currently, the Stice lab is developing novel therapies and new technologies for drug screening and neurodegenerative disease, which could change the lives of those suffering with Parkinson’s, Stroke injury, and Alzheimer’s. This research has led to publications in Science and Nature journals, national news coverage (CBS, NBC, ABC and CNN) and the first US patents on cloning animals and cattle stem cells which was featured in the Wall Street Journal. Most recently, Stice was elected to NAI Fellow status, the highest professional distinction accorded solely to academic inventors. Georgia Bio also honored Stice that same year with the 2017 Georgia Bio Industry Growth Award.

Human stem cells have great potential for finding restoring damaged tissues throughout the body and speeding the drug discovery process. We are developing a combined approach of both the cells needed to restore the damaged area and using these cells in a Petri dish to discover new compounds to treat diseases such as Alzheimer’s, TBI, and Stroke disease.

Today, through collaborations with others, including scientists working in ArunA Biomedical and the RBC, we are developing a new treatment for stroke that reduces brain damage and accelerates the brain’s natural healing tendencies. Fully able to cloak itself within the bloodstream, this type of regenerative EV therapy appears to be the most promising in overcoming the limitations of many cell therapies — with the ability for exosomes to carry and deliver multiple doses — as well as the ability to store and administer treatment. Small in size, the tiny tubular shape of an exosome allows EV therapy to cross barriers that cells cannot. Please visit the Stice Lab for more information.